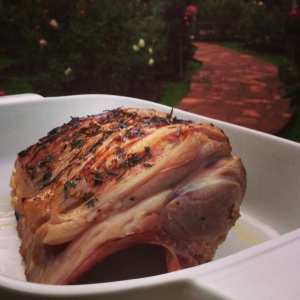 Nothing is easier and more delicious than roasting your own leg or rack of lamb. Whether for a festive meal, or home made gourmet dinner, all you need is a good butcher who supplies choice cuts and a short 3-4 hour in the fridge with olive oil, garlic and rosemary. 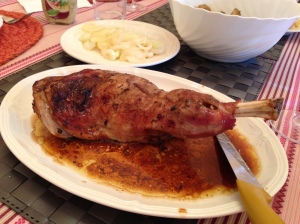 After that its you and the thermometer, making sure its perfectly pink inside. 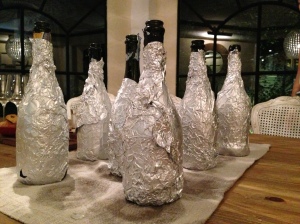 Prosecco! So great at parties, but when you have to look for nuances, please give me a magnifying glass! Mind you, there are some really good ones around such as Ruggeri, Drusian, Bisol. 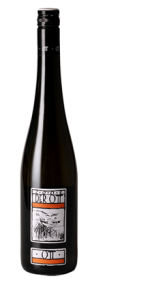 Of late I have been drinking more of the light-weight and refreshing style of Gruvees, but thank god for this bottle from Bernhard Ott to remind me how great Gruner Veltliners can be at the dining table, especially as an alternative to Chablis or Sancerre, or any unoaked wine a matter of fact. 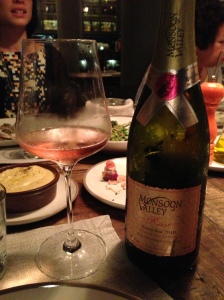 amazing sparkling wine from the tropics

The first vintage of a traditional method sparkling wine made from Shiraz grapes grown at Hua Hin Hills Vineyard, Thailand. Kathrin Puff and her team at Siam Winery did a fine job, so good that no one could believe it is a Thai wine! One of the finest rosés’ sparklers I had this year, many believe better than M&C, not just Chandon. 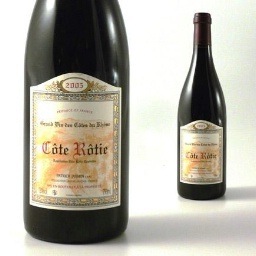 Strangely enough we ordered two mature wines from 1998 while dining out in London this November.

Domaine Jasmin Cote Rotie and Nikolaihof Riesling Steinriesler. Have enjoyed both, though the experiences where quite different. First, the Cote Rotie, at 25 years of age isn’t going anywhere far, but the developed state with its soft and balanced profile was a joy to drink during a Sunday lunch at the Hind’s Head pub in Bray. 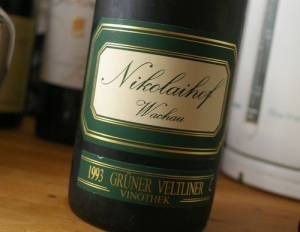 On the other hand the bio-dynamic Riesling from the Wachau spent 12 years in oak cask before being bottled in mid-2012! Not much petrol, but instead loads of lanolin and beeswax. Interesting Riesling with good texture, but not mind blowing, and I start to believe that old school non-interventionist wines have some kind of fault? Get the same notes on the finish of many Cotat’s Sancerre. Tried a 2007 Steiner Hund Reserve later in Bangkok from bottle bought at Hedonism Wine…wow, this one is 5 star.

Brazilian wine, ready for kick off in 2014

The glass of white wine was served while we embraced our friends at the Arts Club, London.  The beautiful lime notes, the slight grassiness…. and a quick glance at the label confirmed an SB, but from where? Wow, Brazil! Just in time to get us all excited for World Cup next year!

Well-built and an enjoyment to drink, bravo – I did not know how fast Brazilian wines have developed. 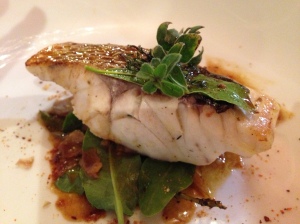 L’Ami Jean, Paris…still good quality, though the veal jus in each dish does get a bit too much.

Nevertheless, the produce is top notch and I don’t think line caught seabass can get better than this. Yum!

Impeccable taste and structure.  Opened for 3 days before it finally started to reveal what is lurking behind the tannins. Sit and wait patiently for at least 7-10 years.

A classy but poised Champagne which begins to have secondary aromas. Unfortunately this bottle was enjoyed with other 9 people and there was no time for this massive Champagne to open up in the glass. Not sure there will be another chance! In this group, environment only 4 stars, expected more, but maybe it got lost in the crowd. 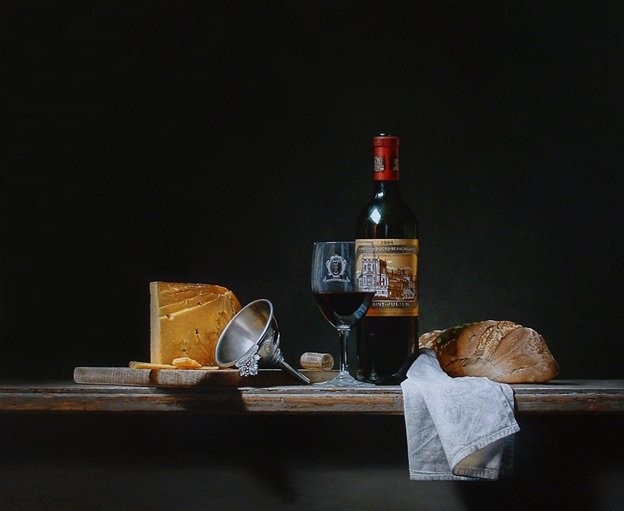 The best red wine in a long, long time. Haven’t been this excited with Bordeaux but this 43-year old wine blew me away.  Classic claret aromas of cedar, tobacco, earth and cassis dancing weightlessly on the tongue, as if it were a Burgundy.